Agricola Revised is Here and I’m so excited!

Agricola (pronounced a-GREEK-ola) is one of my all-time favorite games.  It’s Uwe Rosenberg’s seminal worker-placement game.  If you haven’t played it yet, now is the time!

The new version has a cleaner, more streamlined feel, but it keeps it’s pastoral artwork and overall theme and game play in tact.

You can play Agricola with one to four players and each player is in charge of their farm. On your turn, you can do one action. There are many possibilities to choose from, like collecting wood, clay, building fences for your farm, expanding the house, plowing fields, planting crops, raising animals, and so on. You get to take two turns during one round: one for the farmer and one for his wife. Later on in the game you will want to enlargen your family, but watch out: you will need more food when you have more mouths to feed.

The components of the new game are great!  New art on the cardboard bits (a soup pot for food!) and wooden pieces for not only the animals, but all resources.  One of the differences is that this new version only goes to four players, but a 5/6 player expansion is coming soon along with a Family Game that will be much like the Family Game of Catan with less variability in both set up and game play.

We have a copy in the library to play and many in stock, so come in and check it out today! 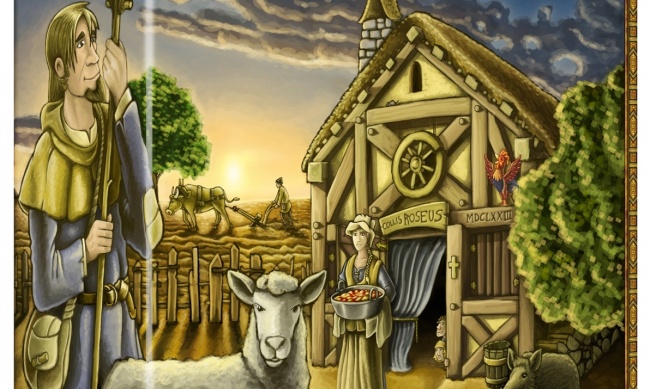