Check Out Runewars: the Miniatures Game on Thursdays

Runewars Miniatures Game is new from Fantasy Flight Games and is their first foray into an unpainted model-based tactical miniatures game.  In this game, you get the amazing game play of a tactical miniatures game while skipping the ‘put together the models’ phase.  You can play right out of the box!  The miniatures are A-Mazing! and you can paint them to add your own unique spin on your armies.

If you don’t know how to paint miniatures, we’ll teach you!  Join our Learn to Paint Miniatures event the fourth Sunday of each month!

For years, the armies of Waiqar the Undying have stayed within their borders, launching only minor raids across the border. But now, a nameless threat stirs within the Mistlands, and legions of undead cross into the realm of Terrinoth under Waiqar’s command! The Daqan Lords have sounded the call to war, and their finest generals lead armies of warriors and golems to take up defensive positions in the border territory of Roth’s Vale. The first battles of the next great war are about to begin.

RuneWars: The Miniatures Game is a two-player miniatures game of battles between the great powers of Terrinoth. In each game, you and your opponent will gather armies of miniatures and lead them into battle—blocks of infantry will maneuver for position, cavalry wings will wheel and slam into a weakened flank, and monstrous rune golems or carrion lancers will smash through formations of lesser warriors. Innovative command tools, two distinct factions, and countless ways to customize your experience combine to offer an unparalleled miniatures gaming experience in RuneWars. Finally, with forty-eight beautifully sculpted, unpainted figures, you’ll be able to paint and customize your armies to bring an entirely unique touch to your games and enter the hobby of miniatures painting! 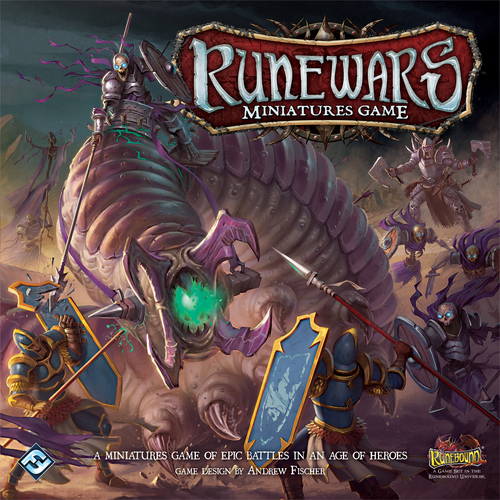 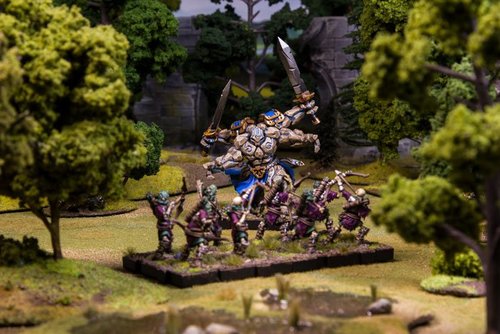 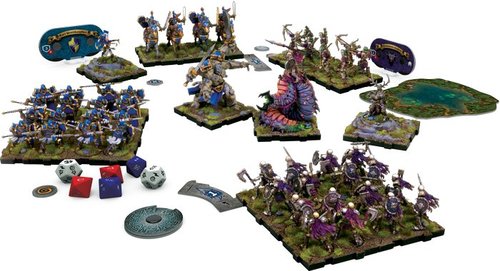