Check out The Strange – a new RPG

The Strange is a new RPG by Bruce Cordell (D&D) and Monte Cook both of Dungeons and Dragons fame.  The game uses the same mechanics as Monte Cook’s previous game Numenera but adds  multiple worlds (known as recursions in the game) into which players can travel and change.

“Beneath the orbits and atoms of our natural universe lies a network of dark energy. Those who have learned to access and navigate this chaotic sea have discovered an almost endless set of “recursions” in the shoals of our Earth: Worlds with their own laws of reality, reflected from human experience or imagination, given form in the swirling Chaosphere of the Strange. Worlds teeming with life, with discovery, with incredible treasures, and with sudden death.”

We have a few copies of the core book and players handbook in the store now.  I’d love to get some interest going with this game.  Maybe get the authors to come set us up with a game or find someone willing to GM.  Regardless, you should check it out! 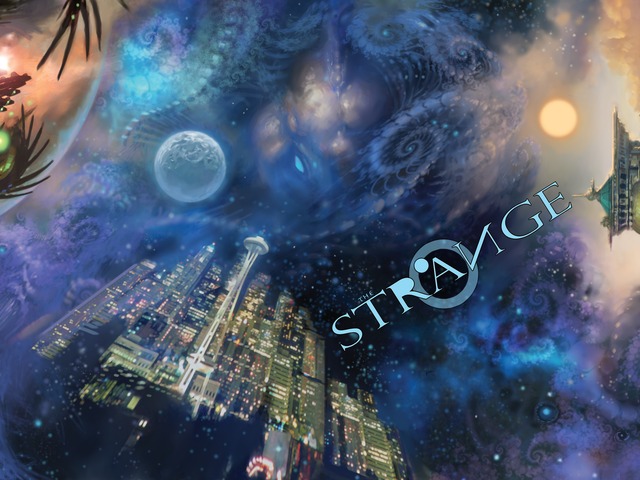 Worlds sometimes jealous of our own.