Keep reading to find out about:

What’s an RPG?  A role-playing game is a story based game where each player takes on the role of a character.  Your character is an avatar of yourself in the game, and will have a set of skills, abilities, and special equipment to help you survive and explore in the game world.    The mechanics differ among games, but in most RPGs your character will experience encounters – interactions with the environment, other characters and villians, puzzles to solve, and combat.  The game will have a game master or dungeon master to describe the encounter, find out what your character will do (or attempt to do), and establish what you need to do to resolve the encounter (roll dice to see if you are successful at whatever it is you attempt to do).  Your motives are yours to choose – will you seek fame and fortune, destroy hordes of monsters, upset the political regime, or seek treasure in long lost ruins?

Dungeons and Dragons for new players –

If you want to learn D&D, come by on Tuesday February 2 for an introduction to the RPG that started it all.  More information is here: http://www.meetup.com/Meeples-Games-Gaming-Group/events/227993327/

We are often asked what RPG groups are accepting new players.  Whether you’re a new or experienced player, spaces are open NOW in these new campaigns –

Come check out The Strange, a science fiction RPG that will have your Seattle based crew leapfrogging to foreign dimensions that are formed by the fiction of our world that seeps through.  Will you end up in Oz, Asgard, the Victorian London of Sherlock Holmes – come find out on February 13 at 5:00 (meets second Saturday each month).  This game is based on the Cypher system – see more details here: http://www.meetup.com/Meeples-Games-Gaming-Group/events/227992339/

The Game Master / Dungeon Master calls the shots.  They know what’s coming and can either help you out or set you up to fail, facilitating the story telling, the excitement, and setting the tone for awesome gaming sessions.    And best of all, it’s not as hard as you think!  Join us at Meeples Games on February 13, 2016 from 7-9 pm for our first Game Master Roundtable.  Geared to help new players take on the role of game master, experienced players will be offering their tips to success and how to get started.  Check out details and the agenda here: http://www.meetup.com/Meeples-Games-Gaming-Group/events/227870845/

A new version of the classic sci-fi RPG Traveller is coming out soon.  The Curse Of Strahd brings the Ravenloft setting to 5th Edition D&D and releases in March.  Star Wars RPG has several new sourcebooks coming out including Lead By Example, Savage Spirits, and Nexus of Power.  Call or ask at the store to reserve your copy today! 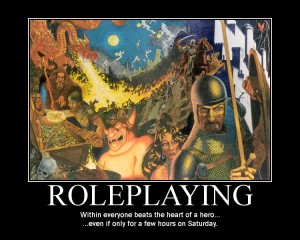