We’re pretty excited about the great new games that came out this week.  Some of them we’ve been anxiously awaiting!

This super fun tactile game involves stacking number-shaped tiles for points.  But only tiles on the second layer and above score points.  Each round every player has to place the same number tile and everything has to overlap – no parts of tiles can overhang air.  It’s easy and challenging at the same time. 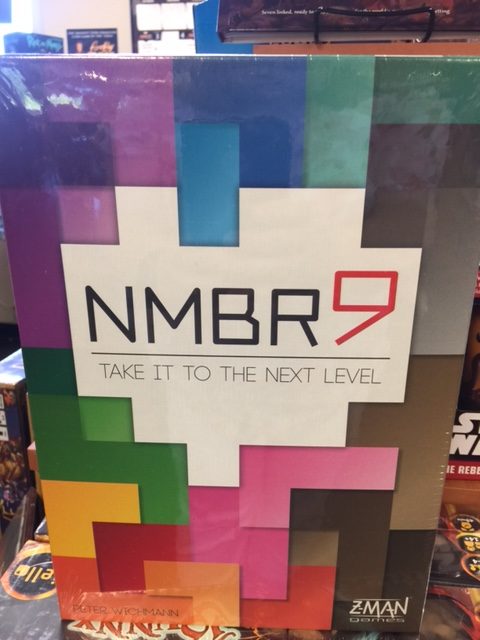 Bunny Kingdom by Richard Garfield (Magic: the Gathering, Android Netrunner, King of Tokyo) is a territory control and card drafting game in which you lead your clan of rabbits to glory by gathering resources and building warrens across the land. 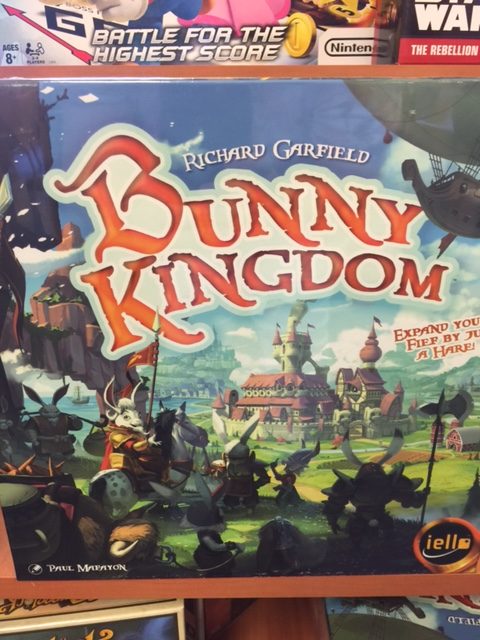 Based on the novel by H. P. Lovecraft, Mountains of Madness is a fully cooperative game with a pinch of real-time gameplay.  This game brings a new twist to the multitude of Lovecraftian games out there.

1931: Your scientific expedition discovers a new and intriguing mountain range in the middle of the Antarctic polar circle. Under these challenging conditions, the survival of your team will depend on your ability to communicate with each other and to coordinate your efforts to overcome each obstacle — but what you discover on the way to the highest peak will strongly test your mental health. Will you even be able to understand yourself despite the madness that gradually insinuates itself into your mind? 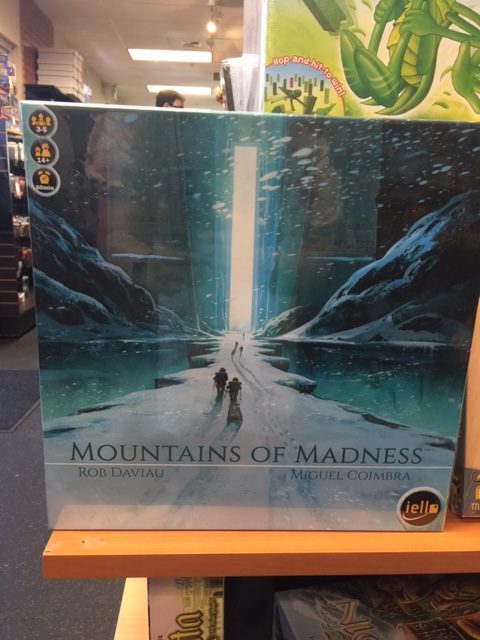 This game is beautifully illustrated and highly rated.  I can’t wait to play it.

In Seikatsu, players take turns placing tiles into a shared garden area, with each tile showing a colored flower and colored bird. Players score for groups of birds as they place them, but they score for rows of flowers only at the end of the game and only for the rows of flowers that exist from their perspective, i.e., that are viewable as lines from where they sit at the game board. 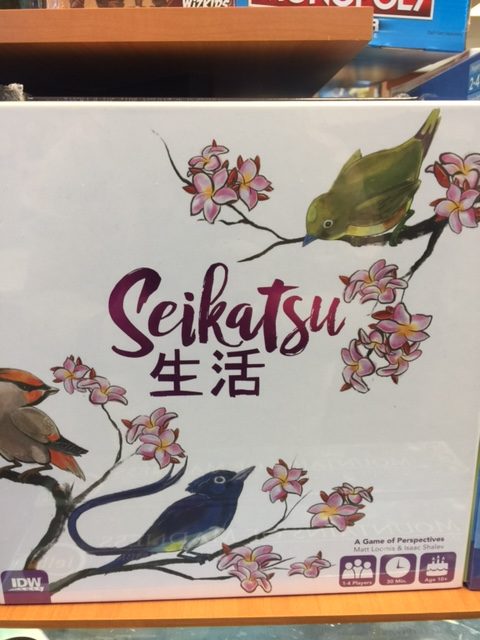 This 2-player set for the great Star Wars Destiny collectible card and dice game brings a new starter set to the mix allowing new players to jump right in to this amazing game – another Richard Garfield hit.  Players put together a deck featuring Star Wars universe characters, weapons, events and special skills to take out the other player’s characters.  Dice and cards mix to create quick back and forth play that keeps things exciting.  Are you a hero, a villain or something else? 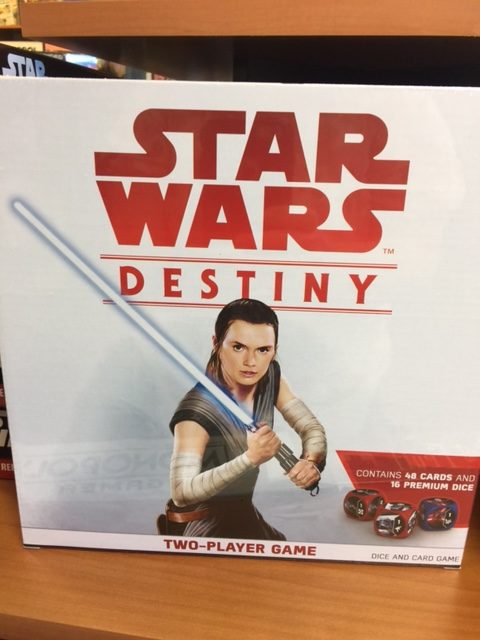 New leaders. New missions. New tactic cards that lead to more fully cinematic combats… Rise of the Empire is an expansion for Star Wars: Rebellion inspired largely by the movie Rogue One: A Star Wars Story. And just as the movie provided new insight into the Galactic Civil War presented in the original Star Wars trilogy, Rise of the Empire adds new depth and story to your Rebellion game experience. 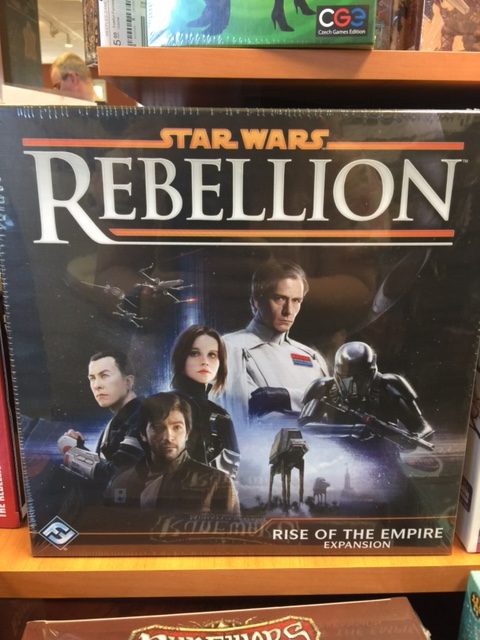