We’ve received a bunch of fun, new games this week!  Some are brand new and some of great reprints from the past.  Check ’em out!

Rick and Morty: The Ricks Must Be Crazy Multiverse Game

In this newest entry into the growing family of Rick and Morty games, players delve into tinier and tinier universes building contraptions and power.  30-45 minutes, ages 17+ 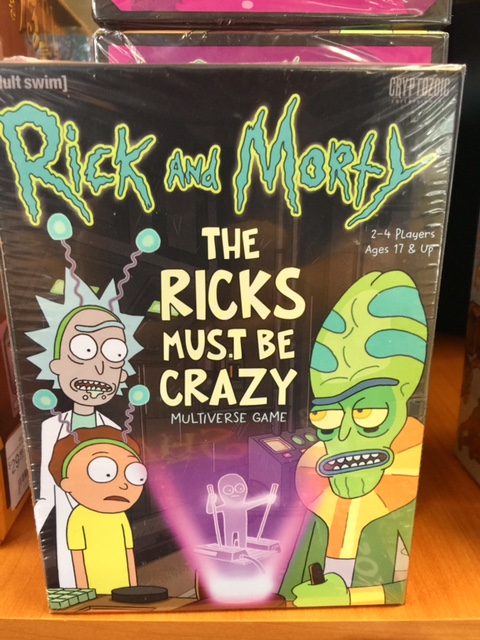 Istanbul: the Dice Game is just as fun as Istanbul!  Plunge into the bazaar to gather gems and win the game! 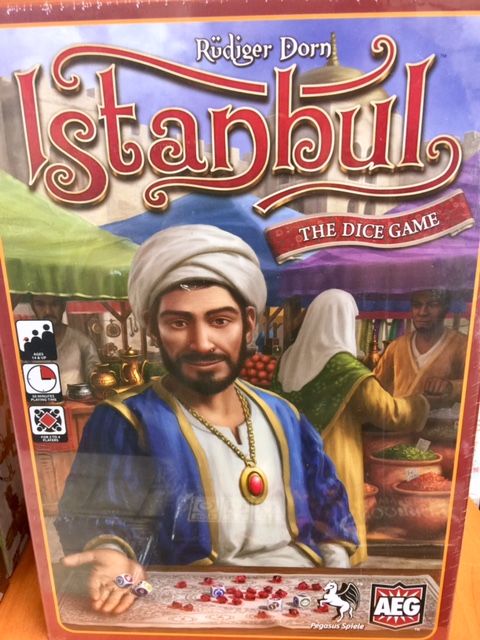 Escape from the Aliens in Outer Space

Escape from the Aliens in Outer Space is a card game of strategy and bluff set on a badly damaged deep space research ship. On-board systems have failed, plunging the ship into darkness. But even worse: A mysterious alien plague has crept aboard and is transforming the human crew into horrendous monsters! The remaining crewmen desperately try to save their lives by escaping from the derelict spaceship, but in the darkness the aliens are lurking…hungry for human flesh. 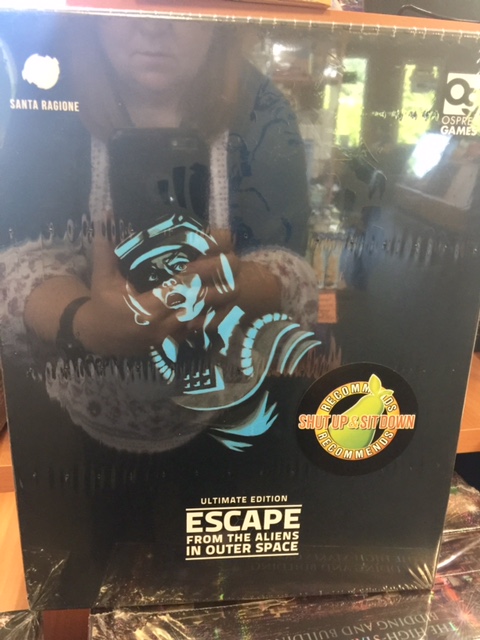 Haven Town is facing total annihilation at the hands (and teeth) of a horde of monsters from beyond the Shadowrift.  You, the heroes, must band together to drive them back. To do this, you will need powerful spells, skills, attacks and loot. 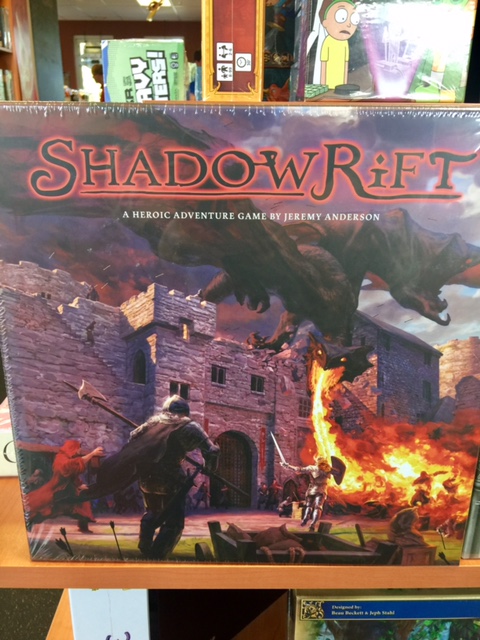 In Train Heist, up to four players work together to board the train, loot the passengers and cargo, and vamoose with the goods before the Sheriff catches you! Bring enough finery back to each town before the train arrives to keep the Sheriff at bay. If you can pull this off, everybody wins, but be careful because if enough perilous events occur or a hangman noose is tied up, it’s game over for all! 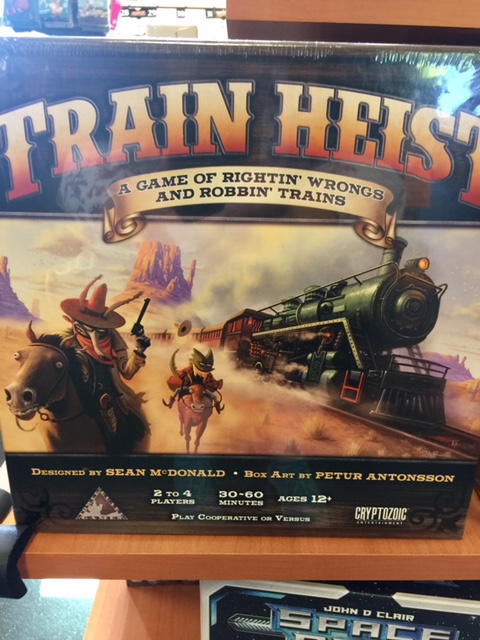 In Action Cats!, each card has a picture of a cat with one half of a story on the back. Players take turns being the “judge,” while the rest are storytellers. The judge draws a cat card from the top of the deck and gives the cat a name. The rest of the players each build a story using the cards in their hand. They tell the story to the judge, embellishing all they want (that’s the fun part!), and the judge picks their favorite story as the winner! 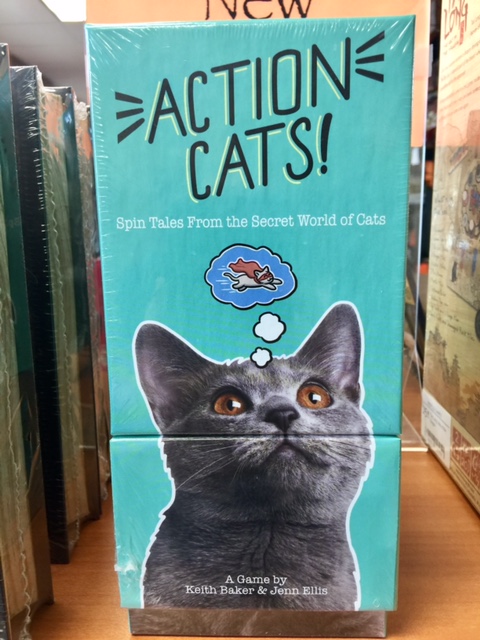 The Adventures of Oz, Tombstone Express, and A Noside Story

In the Unlock! Games, players work together to make decisions and solve puzzles using a free app to track time and clues.  These games are VERY FUN and perfect for family get-togethers and casual game nights! 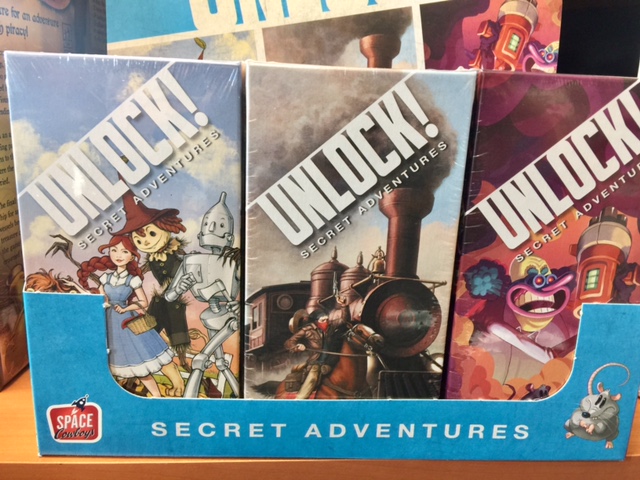 The Pillars of the Earth

The Pillars of the Earth is back!  Based on the bestselling novel by Ken Follett.  At the beginning of the 13th century, construction of the greatest and most beautiful cathedral in England begins. Players are builders who try to contribute the most to this cathedral’s construction and, in so doing, score the most victory points. 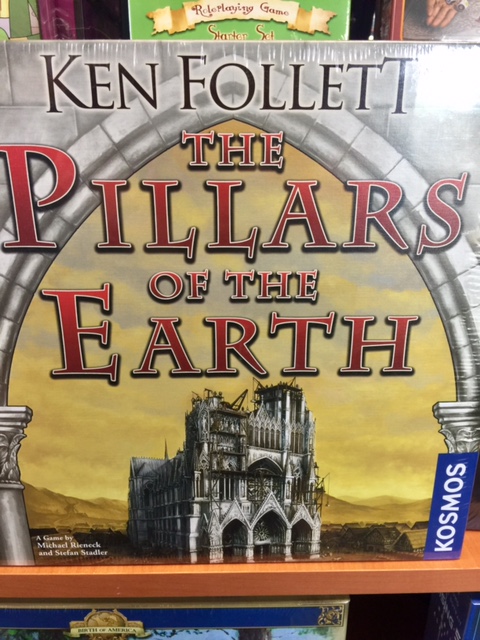 Aaarrrggghhh, ye scurvy dogs! Dead Man’s Doubloons is an action-packed board game in which players take on the role of a legendary pirate ship captain hell-bent on winning the race to endless riches of buried treasure. Fragments of treasure maps, gold doubloons, and precious jewels can all be stolen, as can the reputation of rival ships! Once the buried treasure has been dug up, ship captains return to their vessels to engage in a final epic battle on the high seas! 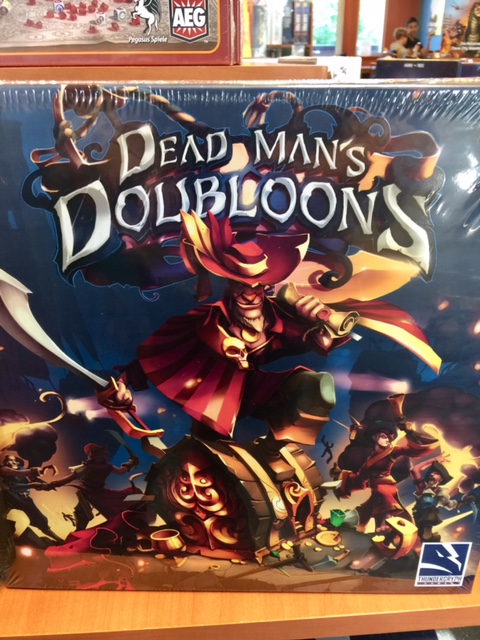