Brian and I just got back from a week of hobnobbing with our peeps in the game industry and we’re both exhausted and excited about some of the new things coming out this year.  We’ll have some highlights in another post, but this is all about the new games that came in while we were away.  There are some really great things both out now and on the horizon! 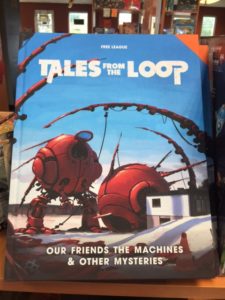 Tales from the Loop: Our Friends the Machines

This first expansion for the iconic Tales from the Loop RPG, Our Friends the Machines brings more adventure as toys suddenly gain intelligence! 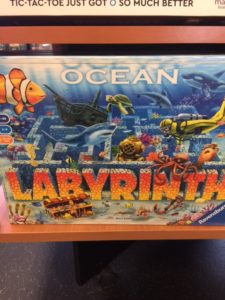 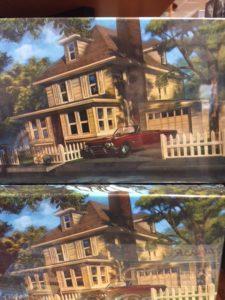 InBetween, a nod to Stranger Things is a game for two players, competing against each other to either protect or devour the inhabitants of Upsideville in a tug-of-war between the Human and Creature dimensions.  We have this in the Game Library! 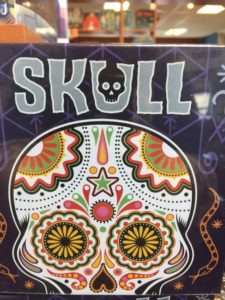 Skull – Back in Stock!

Skull is rated 7.1 on boardgamegeek.com! 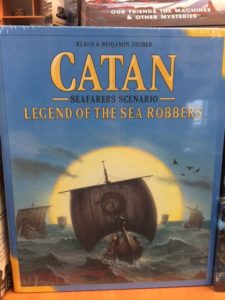 Firefly: Adventures is a cooperative, mission based, skirmish-level game where the players use the different skills and abilities of Malcolm, Zoë, Jayne, Kaylee and Wash to succeed. 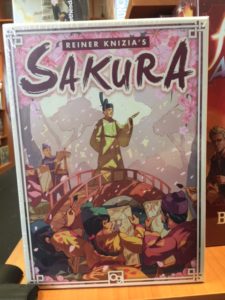 In Sakura, every year the Emperor walks through the imperial gardens to greet the spring, every year he stops beneath the Sakura trees, and every year you try to paint his picture. This will be your year. 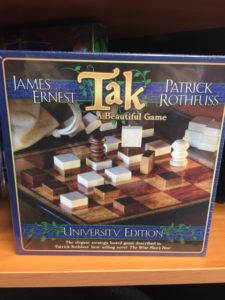 Tak is a two-player abstract strategy game dreamed up by Pat Rothfuss in “The Wise Man’s Fear” and made reality by James Ernest. In Tak, players attempt to make a road of their pieces connecting two opposite sides of the board.  The University Edition is the same great game as the larger, more expensive version, but with a smaller profile while maintaining the nice wooden bits. 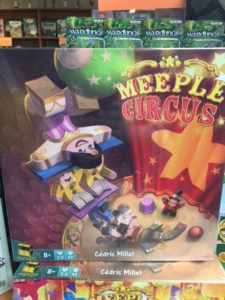 Meeple Circus is back in stock!  Of course, this is our favorite game!