New Games Just in Time for the Holidays!

The new games keep coming!  Just in time for holiday shopping.  We’ve got something for everyone. 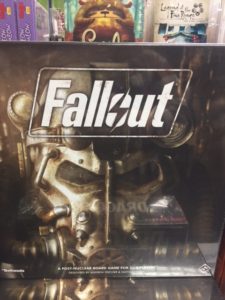 We’ve been looking forward to Fallout for a while now.  Based on the popular video game, this post nuclear adventure game is for 1-4 players and promises to be great! 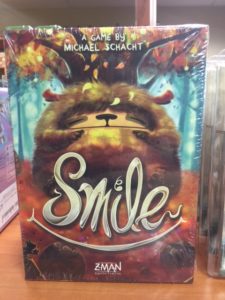 Smile is perfect for families – ages 6+.  Night is falling and your tamed critters have somehow escaped their enclosure! Head into the forest and tempt them back with juicy lightning bugs in Smile, a game of gathering cute creatures for three to five players. 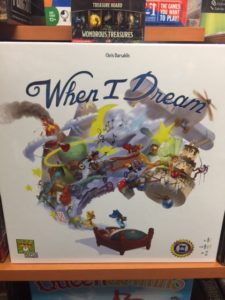 When I Dream – Repos Production

The night has fallen and your mind is floating in the magical world of dreams. But the Dream Spirits want to have some fun tonight! They are giving their best and the dreams become strange and surreal. Become the dreamer, put on your sleeping mask and try to figure out your dream and which spirits are the Naughty ones. Become a good spirit and help the Dreamer by giving him clues about the dream before the naughty spirits mess it up. Close your eyes and dive in! 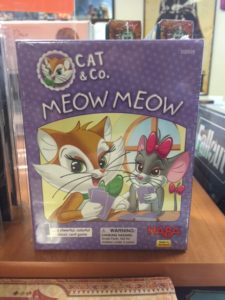 Four little kittens compete in an amusing race for the best spot in the basket. You can lay down one of your colorful cards only when the color or the motif matches the last card played. Whoever is the first to get rid of all their cards may move his or her kitten one step closer to the basket as a reward. With some luck, you can win this colorful race. A cheerful and colorful classic card game.  Ages 4+ 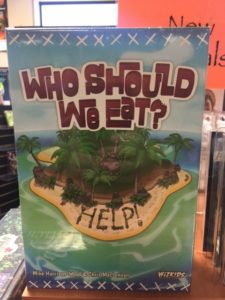 Who Should We Eat – WizKids

Following a mysterious plane crash, you are part of a group of survivors who have washed up on the shores of a desert island. You must pool your resources and build a raft big enough for everyone to escape, but the food supply is low and your mental resolve is waning. The more you struggle to survive, the more the other survivors begin to look delicious to you…  4-10 Players! 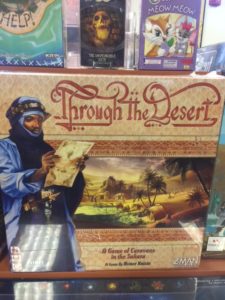 Through the Desert – Z Man Games

From the award-winning game designer Reiner Knizia comes a game of strategy, patience, and cool plastic camels! The desert is still treacherous, mysterious, and without mercy. But for those willing to risk the dangers of the shifting, sun-baked sands, the desert holds riches beyond compare.  This is a classic game that’s been out since 1998 and holds up! 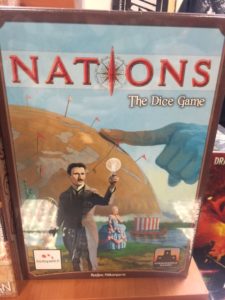 Nations: The Dice Game is a game for 1-4 players that takes 10-15 minutes per player and shares many concepts with the civilization-building game Nations while still offering its own challenges. The game is played over four ages (four rounds). 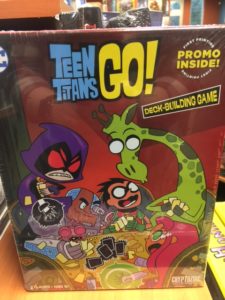 In Teen Titans GO! Deck-Building Game, players get to take on the roles of their favorite heroes from the Teen Titans Go! animated series on Cartoon Network. Robin, Beast Boy, Starfire, Cyborg, and Raven are trying to outdo each other in a friendly contest to defeat the most supervillains. Players’ oversized hero cards offer them strategies they can follow, or they can choose their own path. When the dust settles and all six supervillains have been defeated, the player with the most victory points wins. 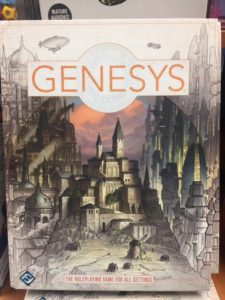 Blast hordes of reanimated skeletons with holy fire, explore new worlds in a steam-powered zeppelin, match wits with alien warlords, or invent your own entirely unique world. Unlimited adventure awaits you in a new roleplaying system limited only by your imagination! 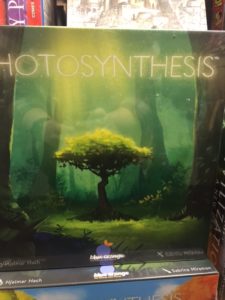 The sun shines brightly on the canopy of the forest, and the trees use this wonderful energy to grow and develop their beautiful foliage. Sow your crops wisely and the shadows of your growing trees could slow your opponents down, but don’t forget that the sun revolves around the forest. Welcome to the world of Photosynthesis, the green strategy board game! 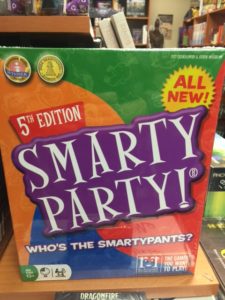 Party/trivia game centered around the idea of players collectively naming items on a list (e.g. “10 US states with most shoreline”). As players, in turn, miss an item, they acquire penalty points (forward movement on the game board). When a player reaches the end of the track, the person who advanced the least is the winner.

Combines Trivial Pursuit and Outburst (though there’s no real-time screaming).