We have a ton of new games to tell you about this week.  Well, some are from last week, but they’re new anyway! 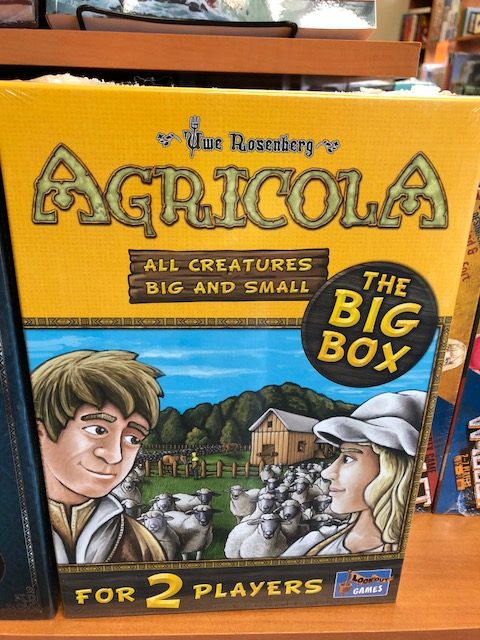 In Agricola: All Creatures Big and Small, you become an animal breeder of horses, cows, sheep and pigs and try to make the most of your pastures. Players start with a 3×2 game board that can be expanded during play to give more room for players to grow and animals to run free. Sixteen possible actions are available for players to take, with each player taking three actions total in each of the eight rounds. 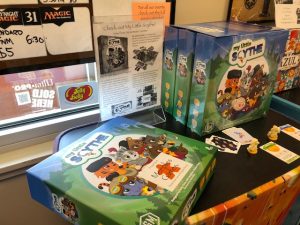 My Little Scythe is a competitive, family-friendly game in which each player controls 2 animal miniatures embarking upon an adventure in the Kingdom of Pomme.

In an effort to be the first to earn 4 trophies from 8 possible categories, players take turns choosing to Move, Seek, or Make. These actions will allow players to increase their friendship and pies, power up their actions, complete quests, learn magic spells, deliver gems and apples to Castle Everfree, and perhaps even engage in a pie fight.

Some of My Little Scythe’s mechanisms are inspired by the bestselling game, Scythe. It caught the eye of Stonemaier Games as a fan-created print-and-play game in 2017 (it went on to win the BoardGameGeek 2017 award for best print-and-play game). 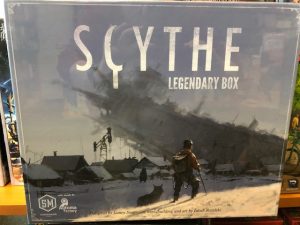 The Scythe Legendary Box is designed to hold the Scythe core game plus all 3 expansions (the expansion components, not the boxes), the various accessories, promos, and a custom insert. 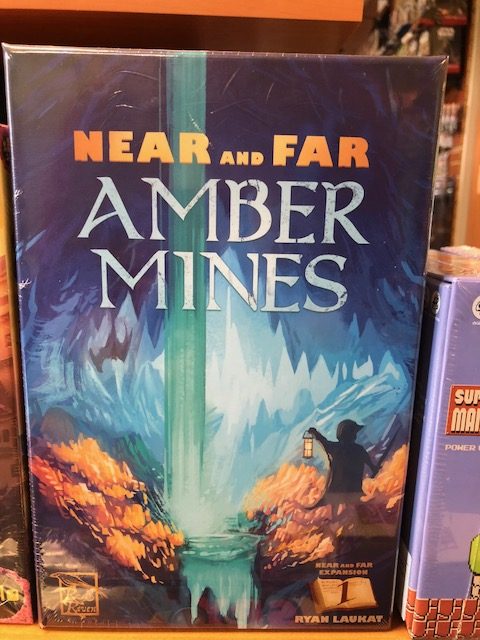 Near and Far Amber Mines Expansion

Near and Far: Amber Mines is the first expansion to Near and Far. It includes modules that you can add or remove according to your preferences. The modules are detailed below. 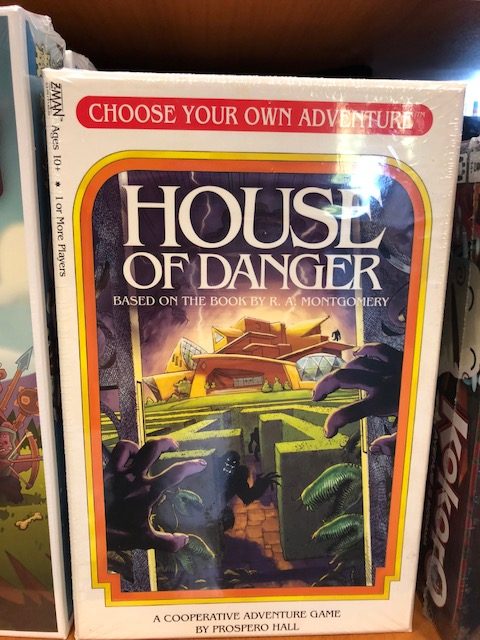 Will you survive the House of Danger? Gather your friends for a perilous and laughter-filled adventure through the House of Danger itself. Make risky choices, collect items as you explore, and face off against dire challenges. Play again and again to uncover more secrets and different endings! 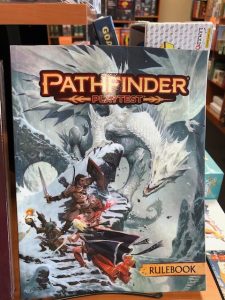 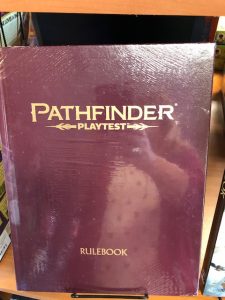 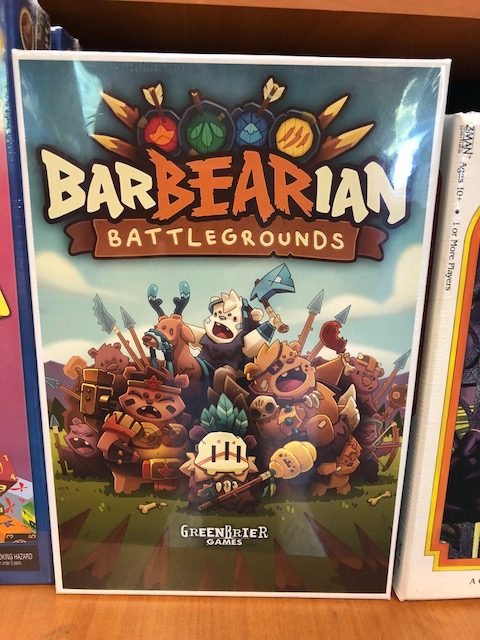 BarBEARian Battlegrounds is a simultaneous secret-action, dice-puzzle, worker placement game for up to four players. Are your bears worthy enough to be every cub’s bedtime story for generations to come? It’s time to gather your clan, bear down, and hold on to your honey. 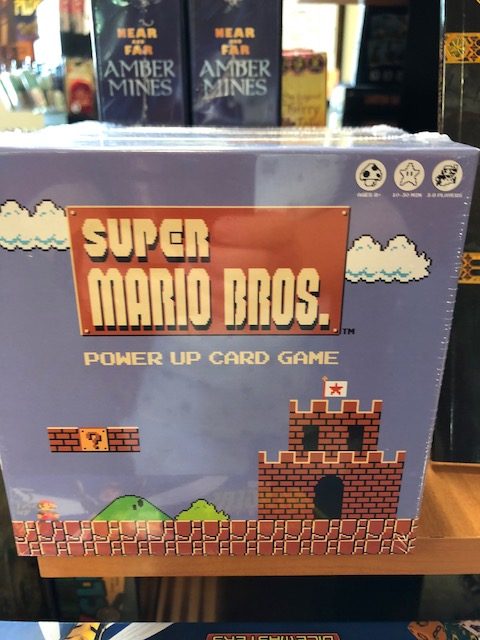 In the Super Mario Bros. Power Up Card Game, you want to survive the perils of the Mushroom Kingdom and make it safely to the Castle, but to do that, you’ll need to use your wits and deduction skills to figure out how to take out everyone else who might beat you there. 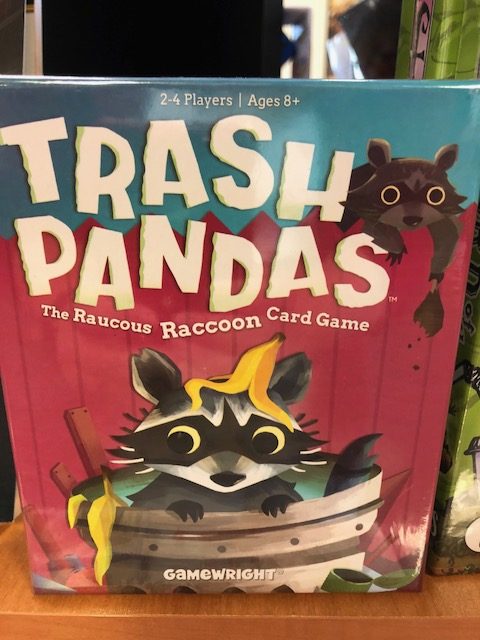 In Trash Pandas, players are raucous raccoons, tipping over trash cans for food (and shiny objects). Players push their luck to acquire more cards, but must stash them in order for them to count as points at the end of the game. When the deck runs out, the game ends and players compare their stashes to see who has the majority for each card type and score points accordingly. The player with the most points wins! 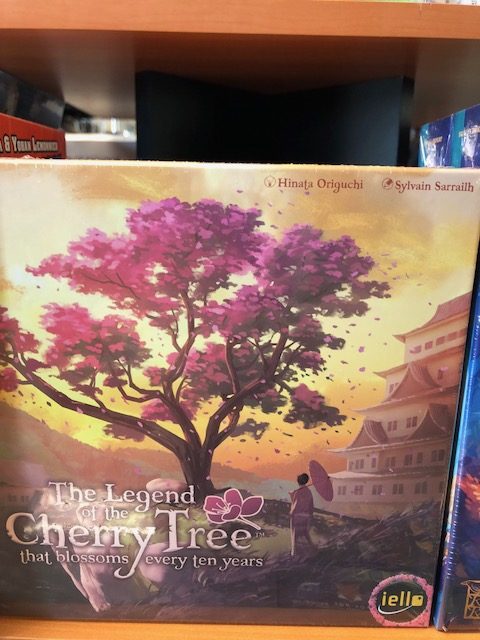 Do you know The Legend of the Cherry Tree that Blossoms Every Ten Years? The story goes that once every decade, the cherry tree would shroud itself in beautiful flowers during the first days of spring. Thousands of buds grew on its branches and stretched elegantly toward the sky before becoming magnificent flowers of inestimable quality. 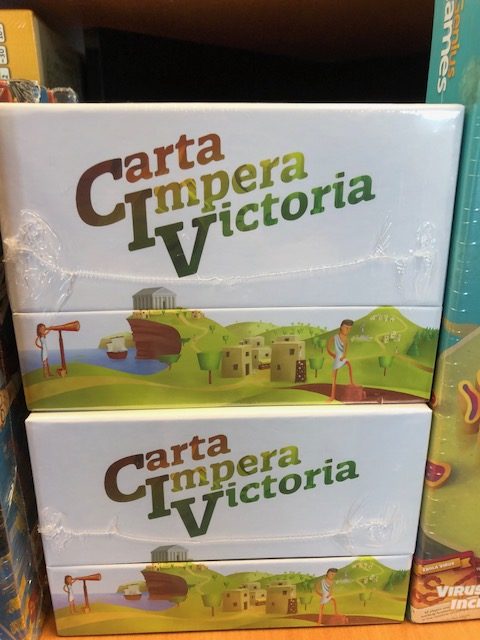 CIV: Carta Impera Victoria is a game of CIVilization and diplomacy in which you develop your own civilization. Be the first to reach supremacy in one field to make history, but keep an eye on how your opponents are advancing. Forming a temporary alliance might be the best way to keep a player from triumphing…and remember that offense is sometimes the best defense! 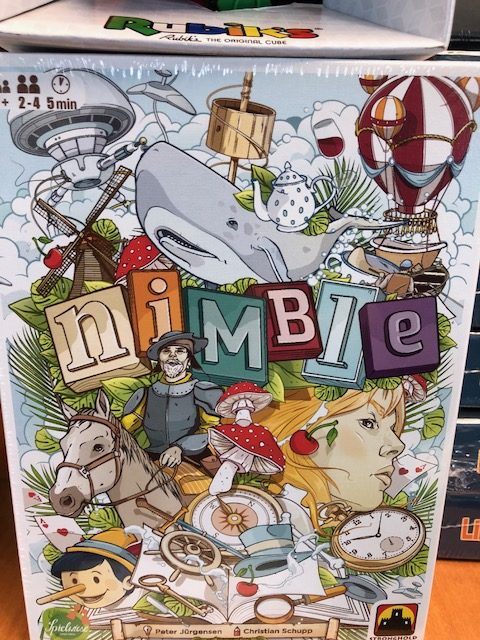 Everybody plays simultaneously in the rapid reaction game Nimble. Rush through the six classics of world literature. Alice, Moby-Dick and Co. were seldom as exciting!  Nimble is a fast color-recognition reaction game which is played simultaneously. Each player has a deck of 30 cards and the first one to get rid of them all, wins the game. 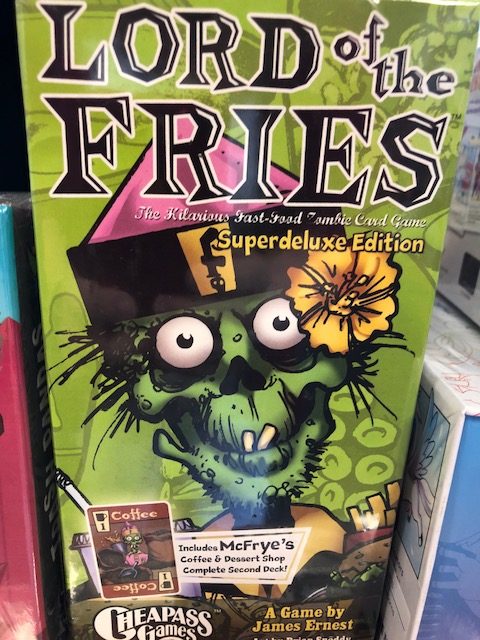 In Lord of the Fries, players choose orders (sometimes randomly, sometime not) from the figuratively colorful Friedey’s menu, and try to fill them with cards from their hands. Some orders are easy, like the Cowabunga. One Cow Meat, one Bun. Some are a little harder, like the Chickabunga Conga: same as a Chickabunga (Bird Meat plus Bun), plus Fries and a Drink. Sound easy? Now try your hand at a Lord of the Fries, a Meat Munch, or the infamous Patriarch (Fish Meat, Cheese, Bun, Fries, Drink, and the oft-maligned Strawberry Pie).