We have a lot of new games this week and some reprints of sought-after titles!

Great Western Trail by Eggertspiel is back in stock!  Be the best rancher that you can be in this intricate tile and card game. 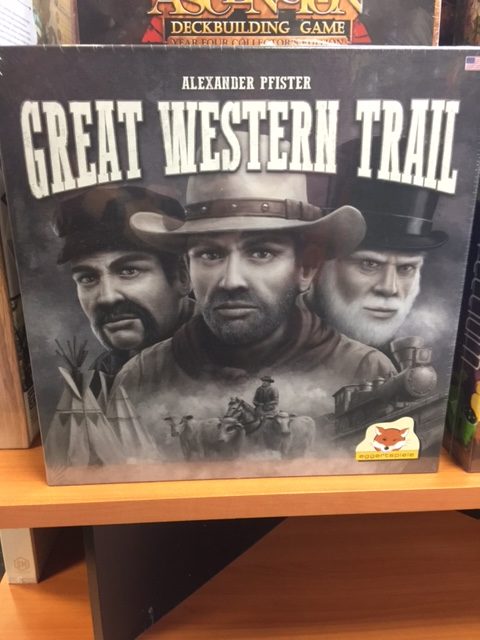 Stellium by Ankama is a game in which players are architects of the universe just after its creation. They draw celestial bodies from a bag (represented by marbles with different textures, so they can try to pick the one they are looking for) and place them on the universe to complete contracts. Each type of celestial body has an effect on the universe, e.g., the comet takes the place of another one and “pushes them in line”.  The bits on this game are really cool! 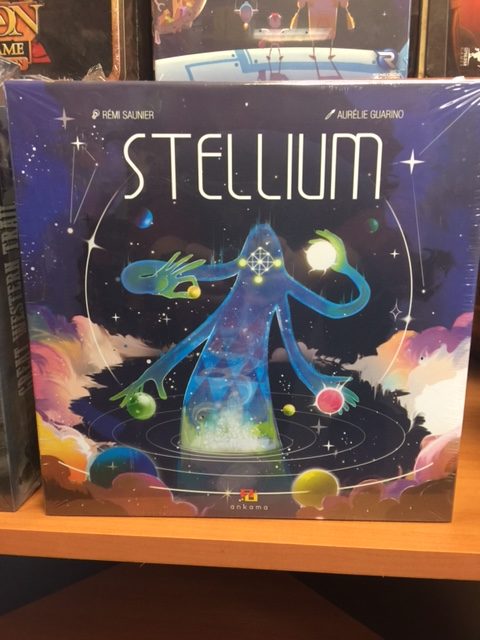 ShutterBug  by Calliope Games is a fast-paced set collection game of opportunity and exploration for 2-6 players, played in eight rounds. Designed by Mike Elliott (Dice Masters, Quarriors), this fun game puts you as a photographer trying to get the best pictures to sell to the right people. 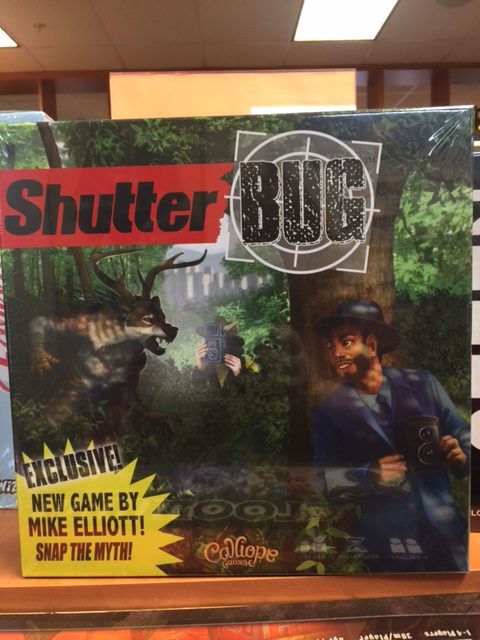 Gloomhaven by Cephalofair Games is a game of Euro-inspired tactical combat in a persistent world of shifting motives. Players will take on the role of a wandering adventurer with their own special set of skills and their own reasons for traveling to this dark corner of the world. Players must work together out of necessity to clear out menacing dungeons and forgotten ruins. In the process, they will enhance their abilities with experience and loot, discover new locations to explore and plunder, and expand an ever-branching story fueled by the decisions they make.  We have only a few copies left of this printing, but if you’re interested in a copy, another printing is coming this spring.  Get your name on the list today! 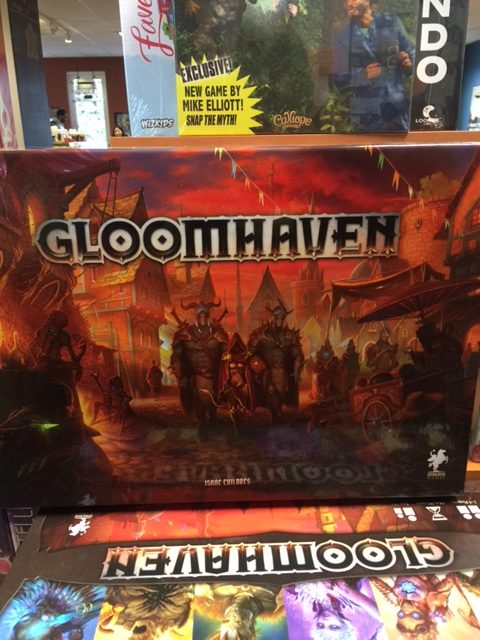 The first game to use the Oracle system, Legacy of Dragonholt captures the spirit of a roleplaying game without needing a game master. This narrative game for one to six players allows players to build their own unique hero and embark on six noble quests. Battle goblins, foil the plot of an evil lord, and add a new story to your tale! 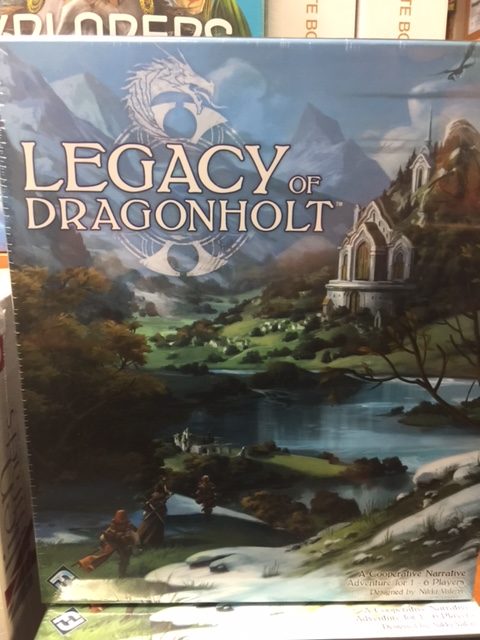 Legacy of Dragonholt – 7.8 on boardgamegeek.com

Ticket to Ride Map Collection 6 – France & the Old West by Days of Wonder – This expansion for any of the Ticket to Ride base games includes a double sided map with France on one side and the Western US on the other, route cards and other items needed for the expansion.  A base game is required.  This is the sixth map collection for the favorite Ticket to Ride and this one’s rated 7.9 on boardgamegeek.com! 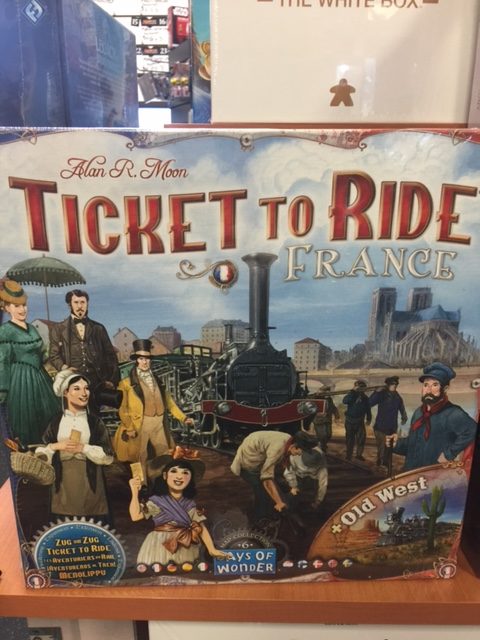 Anachrony by Mindclash is a hundreds-of-years-post-apocalypse game that features a unique two-tiered worker placement system. To travel to the Capital or venture out to the devastated areas for resources, players need not only various Specialists (Engineers, Scientists, Administrators, and Geniuses) but also Exosuits to protect and enhance them — and both are in short supply. 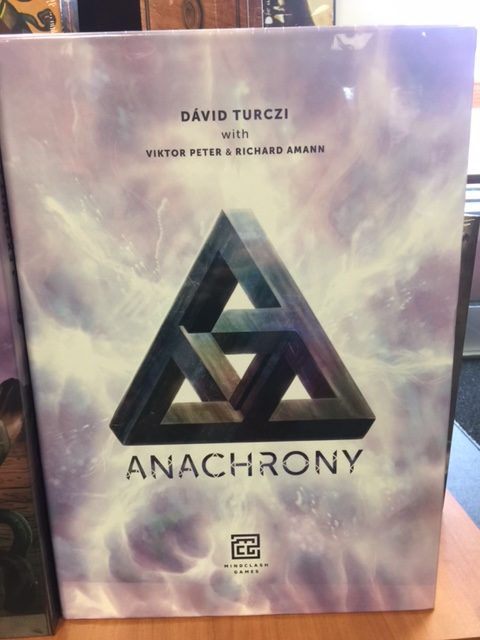 Reworld by Eggertspiel – Players attempt to terraform a newly discovered planet, and to do that they need to use terrabots to establish new cities and shuttles to deliver materials that will populate those locations. 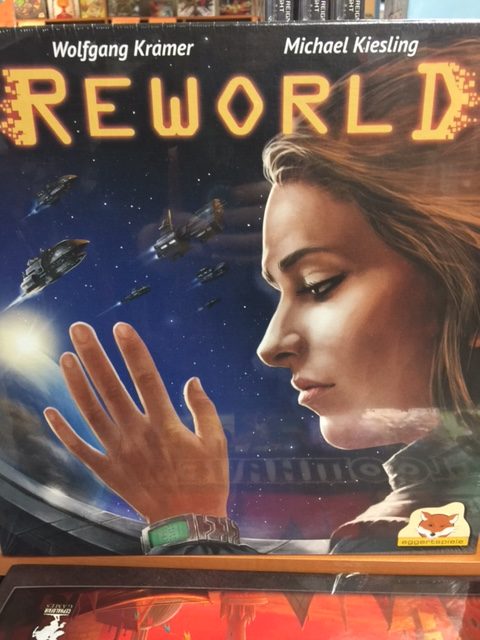 D&D Dungeon Tiles by Wizards of the Coast 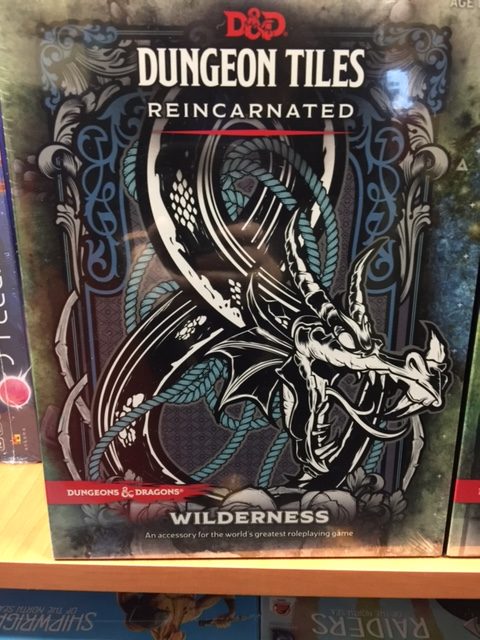 Dice Thone by Mind Bottling Games – If you like dice games, this one’s for you!  It’s a fast-paced 2-6 player combat game (1v1, 2v2, 3v3, 2v2v2, or free-for-all). Select from a variety of heroes that play and feel completely distinct from one another. Attack opponents and activate abilities by rolling your hero’s unique set of five dice. Accumulate combat points and spend them on cards that have a large range of effects, such as granting permanent hero upgrades, applying status effects, and manipulating dice directly (yours, your teammate’s, or even your opponent’s). 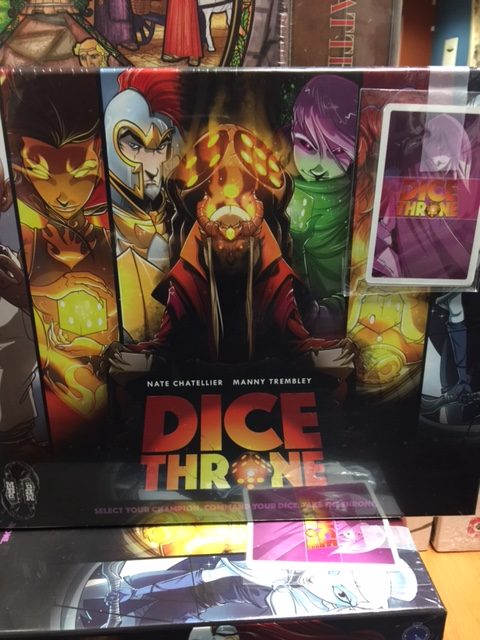 Heaven & Ale by Eggertspiel – You have been assigned to lead an ancient monastery and its brewery. Now it’s your time to brew the best beer under God’s blue sky!  In Heaven & Ale, you have to overcome the harsh competition of your fellow players. There is a fine balance between upgrading your cloister’s garden and harvesting the resources you need to fill your barrels. Only those who manage to keep a cool head are able to win the race for the best beer! 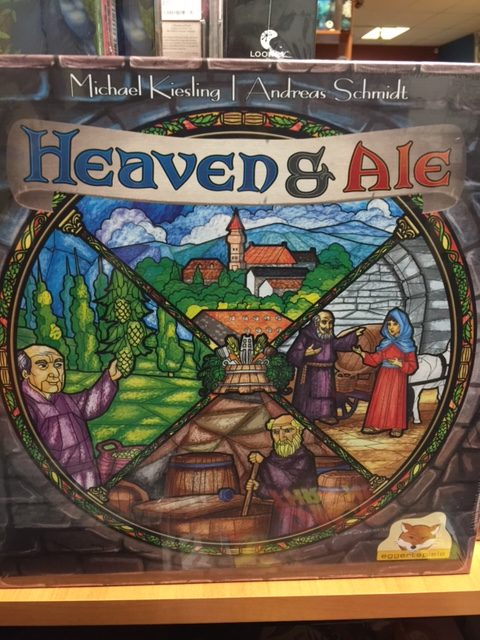 Heaven and Ale – 7.7 on boardgamegeek.com

Wildcatters by Capstone Games is a tactical and strategic board game set during the booming business of the 19th century oil industry!  The players are oil barons who develop oil fields; bid for oil rights; and build rigs, oil tankers, trains, and refineries. Your goal is to deliver more oil barrels to the continents than the other players while also collecting more shares and money then them. 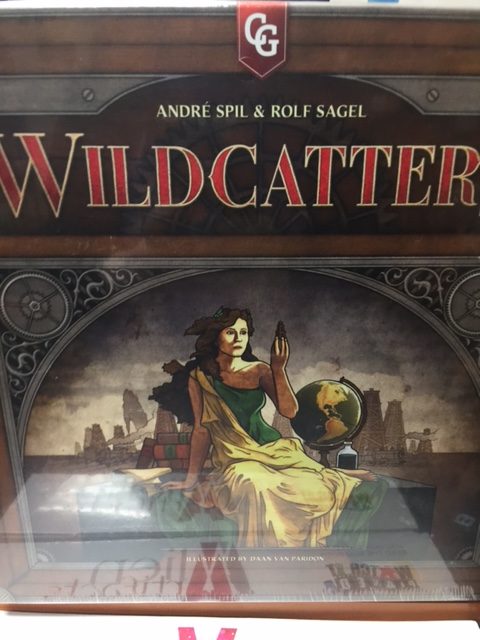 Ancestree by Calliope Games – a tile laying game in which players get to build their personal family trees! 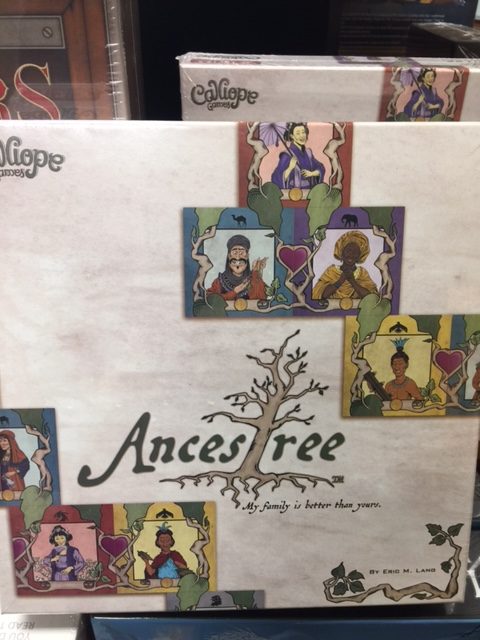 Innovation Deluxe by Asmadi Games is a complete set of Innovation (Third Edition) and its four expansions, all in a new upgraded art style.  Innovation is a civilization-building card game that focuses on the ideas and inventions across the ages. There are no maps or battles to fight, and your success is determined by clever use of the special powers granted by the innovations you choose to play. 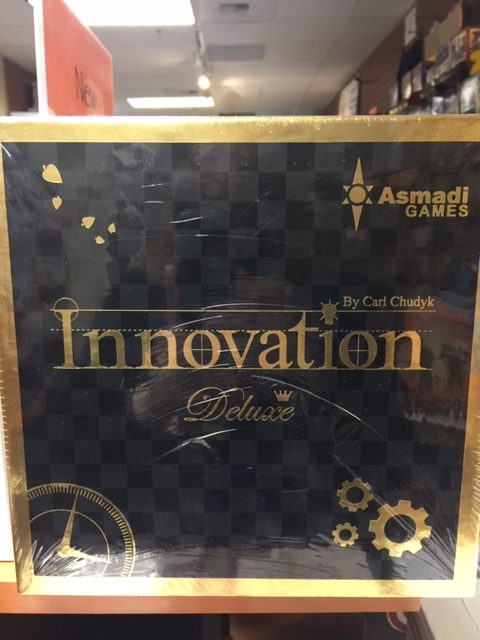