A thirty-minute game of galactic conquest, Tiny Epic Galaxies is driven by an exciting dice-rolling mechanism that rewards thoughtful programming of the results. Players control a home galaxy and a fleet of space ships. As players upgrade their galaxies, they gain access to more ships and more dice. 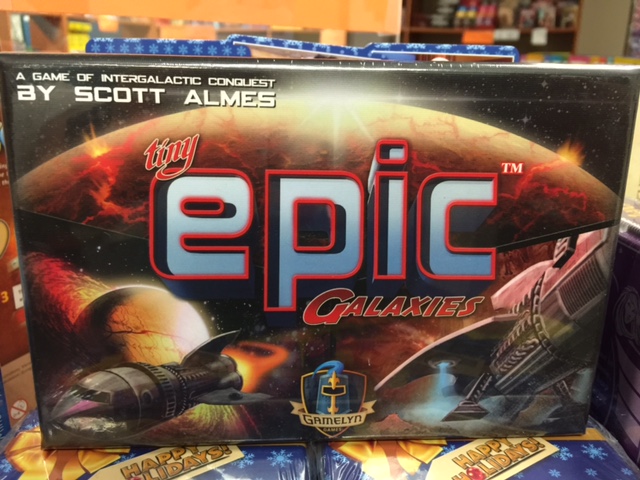 Plaid Hat Games proudly presents Tail Feathers, the exciting new miniature skirmish game by our very own Jerry Hawthorne set in the beloved world of Mice and Mystics. Soar across the table, send your troops on dangerous missions, lock beaks with opposing birds, and defend your nest! 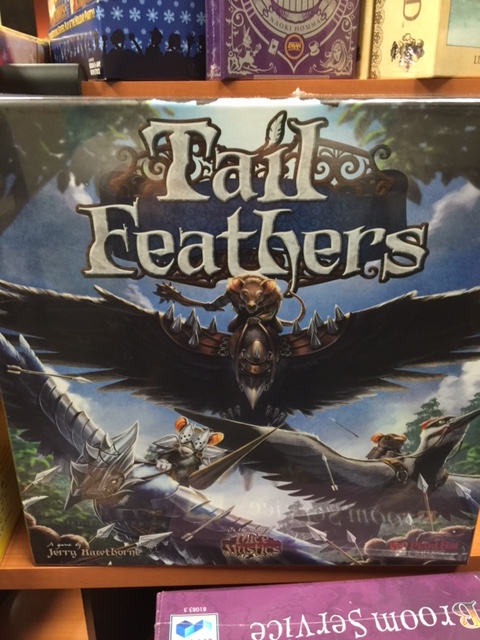 In Best Treehouse Ever, players compete to build their best treehouse, outfitting their treehouse with cool rooms, while also making sure that their tree doesn’t tip over and that their rooms are more impressive than all of their friends’ rooms at the end of the game. 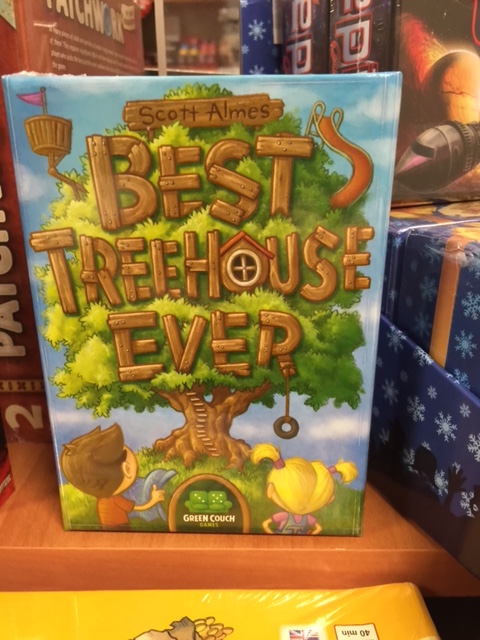 Shoo, get away! Was that really Gary Gouda, the mouse, cheese-hunting again? The greedy mouse just can’t stop! Not one piece of cheese is safe, and he risks becoming stuck in the mouse holes with his big belly. He really should have memorized by now which holes he can pass through after eating one, two, or more pieces of cheese! He also has to avoid the quick pet cat, Kiki, who always seems to be ready to pounce on the next mouse hole. Who can help Gary memorize the best way to the target mouse hole and collect the most pieces of cheese?

The bottom of the Gary Gouda box contains the game board, which resembles an apartment with 16 rooms arranged in a square and archways connecting each pair of rooms. Before the game begins, players slide archway tiles into the walls to adjust the heights of the various archways at random. The cat token is placed in front of any orange mouse hole to keep his eyes out for Gary. 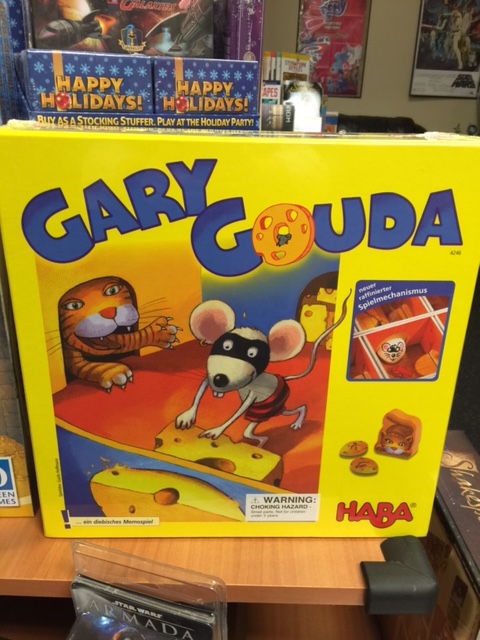