Pandemic Legacy Season Two! Get Your Preorders in Now

Pandemic Legacy Season Two was announced by Asmodee this week at New York Toy Fair and is scheduled to arrive in Q3!

According to ICV2, “This stand-alone sequel, designed by Matt Leacock and Rob Daviau, is set 71 years after the plague ravaged humankind. The last fragments of humanity have lived in cities near the seas, on floating “haven” stations. But in the past few years, some of the cities have gone dark, and now a small group must venture onto land, not knowing what they’ll find.  As a “Legacy” game, each 60-minute session changes the state of the board, affecting gameplay elements and narrative of the subsequent game. The game is for 2 – 4 players, ages 14 and up, and an average game takes 60 minutes.”

Season One was very hot here at Meeples, so if you’re interested in this game, get your preorders in now! 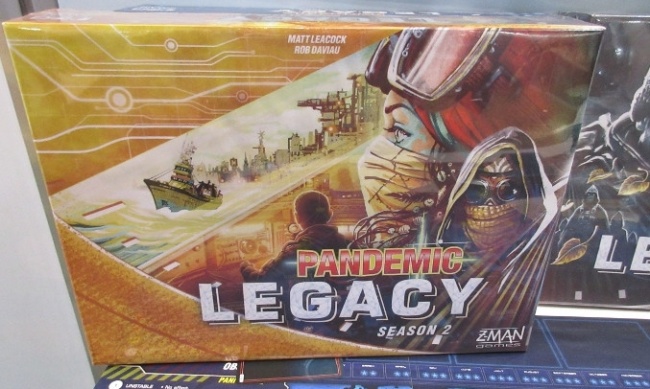