We have hand picked a great selection of two player games that are perfect for that at home date night! All of these games can be picked up in store Monday-Sunday 12-7pm or ordered from our online store ( we are still providing curbside pickup).

Roll the dice, choose the ones you want, and put them together in pairs to create your dominoes. Domino by domino, fill in your map while entrusting the territories of your kingdom to loyal dignitaries. Gather favors from wizards in order to cast powerful spells that will allow you to rule without having to share. Kingdomino Duel is a standalone game that preserves the essence of the acclaimed original Kingdomino. In this game, instead of adding dominoes to your kingdom, you will choose two dice to combine into a single “domino” that must then be drawn into your kingdom.

Ankh’or is a quick-playing resource management game in which each player on their turn either collects three types of tokens (with an ankh being a supplemental resource) or buys a tile from a marketplace and adds this tile to their structure, trying to connect tiles of the same color or bearing the same scarab while doing so. By spending an ankh, you can shift tiles in the marketplace and change the cost and type of goods needed to purchase them. Each player’s structure will have at most thirteen tiles, so don’t wait too long to start building!

For millennia, humans have marveled at the cosmos. Modern astronomy gives us valuable insight about what’s happening in the universe, but there is still a sense of wonder to be had in looking up at the expanse above us. In Stellar, you are stargazers, calibrating your telescopes to bring into view celestial objects of various types — planets, moons, asteroids, interstellar clouds, black holes, even satellites — as you create a beautiful display of the night sky! You have eleven rounds to play cards to your telescope and notebook, building a night sky tableau. After that, you’ll calculate your points, and the stargazer with the most points wins!

It is 1828, and the time for elections has come around again in this newly-formed democracy we call the United States of America. John Quincy Adams and Andrew Jackson are the candidates vying for the people’s votes. For the first time in history, this grand campaign is also fought on the pages of newspapers and in front of an eager public audience. This was an election that found its way into history books with its yet unseen ruthlessness and malevolence. This was America’s first smear campaign. In the two-player game Revolution of 1828, you are trying to become the next President of the United States! To reach this lofty goal, each player tries to take the election tiles that suit you best and hinder your opponent’s campaign. Election tiles allow you to garner the allegiance of electors and use the power of smear campaigns to skew the populace in your favor. If you also use the powerful campaign actions to your advantage and have the press look the other way, nothing should stand in your way! Gain the most votes by the end of the game and start your work as America’s seventh President!

SHEEPLE: The Best Game in the Ewe-niverse Demo Night!

Join Meeples Games on Thursday 1/23 at 6:00pm for an exciting ewe game demo!

In SHEEPLE: The Best Game in the Ewe-niverse, you start as a sheep. You’re trying to become a sheep-person.

So to win, you must THINK LIKE A SHEEP!

However, if answers are a little unique (only two players match), they score double points, so SHEEPLE encourages both inside-the-box and outside-the-box thinking.

Join us for Ultimate Werewolf!

A whisper travels through the village. People are waking up to find their loved ones mauled. Monsters lurk among us, taking Human form in the day, but by night… the WEREWOLF hunts!

Spend your Halloween playing the classic guessing, bluffing, and HIDDEN IDENTITY game, ULTIMATE WEREWOLF here at Meeples Games! Everyone who convenes will be part of the village, and each turn night will fall… and someone will die! The villages must discover the identity of the werewolf – or werewolves – while there are still enough of them left to fight!

Reena will be our storyteller. Are you brave enough to face the werewolfs… or clever enough to survive as one? Join us for this oversized game of Ultimate Werewolf!

Come in costume for a chance to win in our amazing costume contest!

Where: Meeples Games of course

Preregistering is encouraged but not required. Contact us over the phone (206)535-7896, or in person at the front counter! Space is limited!

Please show up before 6pm, as the game will start promptly at 6pm!

Join Meeples Games as we celebrate the spookiest holiday of the year! Starting October 10th, and running every Thursday until Halloween, we will be hosting four different theme game nights, each run by a Meeples employee. The events start at 6pm and is free to join, all we ask is that players spend at least $10 a person in our cafe. Come and join in on all the spooky fun!

October 10th is our first event! Join Josh, at 6pm, for Haunted House Game Night. Play games that have a haunted house theme. Josh will be demoing Betrayal at House on the Hill and Shaky Manor.

On October 17th, join Garrett and Dani for Sinister Fiends Game Night. Play games based around your favorite villains. Garrett will be demoing Fury of Dracula, a fun hidden identity game. Dani will be demoing Disney’s Villainous, an exciting game in which you really channel your inner villain.

Finally, on Halloween, join Nichole and Anthony as they demo Dead Man’s Cabal and Mysterium.

Spend your Halloween at your favorite game store! We can’t wait to see you there!

Play Games and Help Others!

ShelterBox USA provides emergency shelter and vital supplies to support communities around the world overwhelmed by disaster and humanitarian crisis.

The ShelterBox solution in disaster response is as simple as it is effective. We deliver the essentials people need to survive and begin to rebuild their lives in the aftermath of a disaster.

Join Elaine and Andy to play games and help get the word out about ShelterBox!

The last Monday of each Month

Find out more about ShelterBox 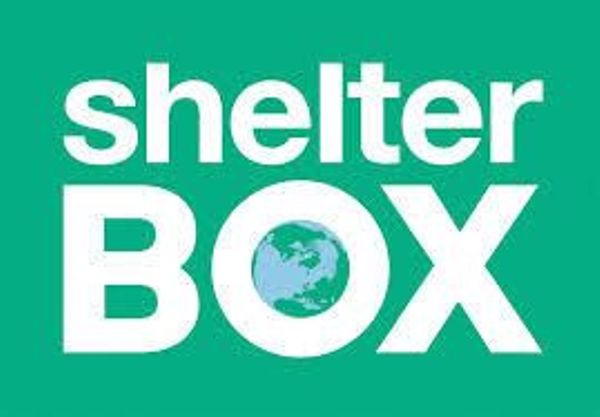