Colt Express is a 2-6 player family game appropriate for players 8 and up.  (The box says 10, but an 8 year old can totally play!)  It contains a 3D train and cool bandit Meeples.  And the art style will totally remind you of the old west. 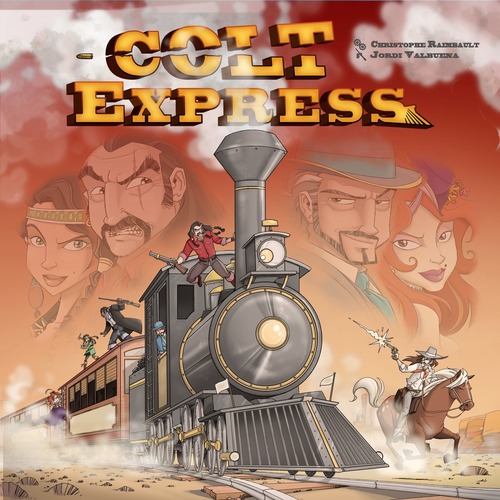 In Colt Express, you play a bandit robbing a train at the same time as other bandits, and your goal is to become the richest outlaw of the Old West. The game consists of five rounds, and each round has two phases:

Broom Service is a fantasy bluffing card game for 2-5 players 10 and up.

Camel Up, the 2014 Spiel des Jahres winner Camel Up is back in print and in stock at Meeples Games.  This is a fun family game for 2-8 (!!) players ages 8 and up.  It plays in about 30 minutes which makes it perfect for a weeknight game.  Or a family championship!

Here is what the Spiel des Jahres committee had to say about the game (from spieldesjahres.de):

This camel race is completely crazy: When the hump-backed animals land on a space they have to piggyback on top of one another – and the one on the bottom brings the others along for the ride! What’s going to happen? That’s for the players to work out: They’ll be betting on the outcome of the race as well as who’s in the lead along the way, when each camel has moved once. You can win a lot of money if you’ve got a good nose for these things. But it can often go wrong when, against all odds, the camels do what they want. This hectic game works with small and large groups. With six or more players there is obviously much less chance to influence the game but it’s not important because that’s when “Camel Up” goes from a family game to a great party game.

The jury’s explanation:
“Camel Up“ is a family game par excellence. Its intuitive rules mean that all players get involved straight away. And no-one’s left behind: The frantic race stirs up a host of emotions, players of all ages find themselves hoping, worrying and laughing. With the game’s short playing time there’s always chance for a rematch. The well-designed game components are also particularly attractive. At the top of the list is the innovative pyramid dice shaker that creates the atmosphere and makes Camel Up successful as a complete artwork.

Stop in to Meeples Games and check out the library copy of this great game.  Then pick one up to have at home!  It’s great for the holidays!! 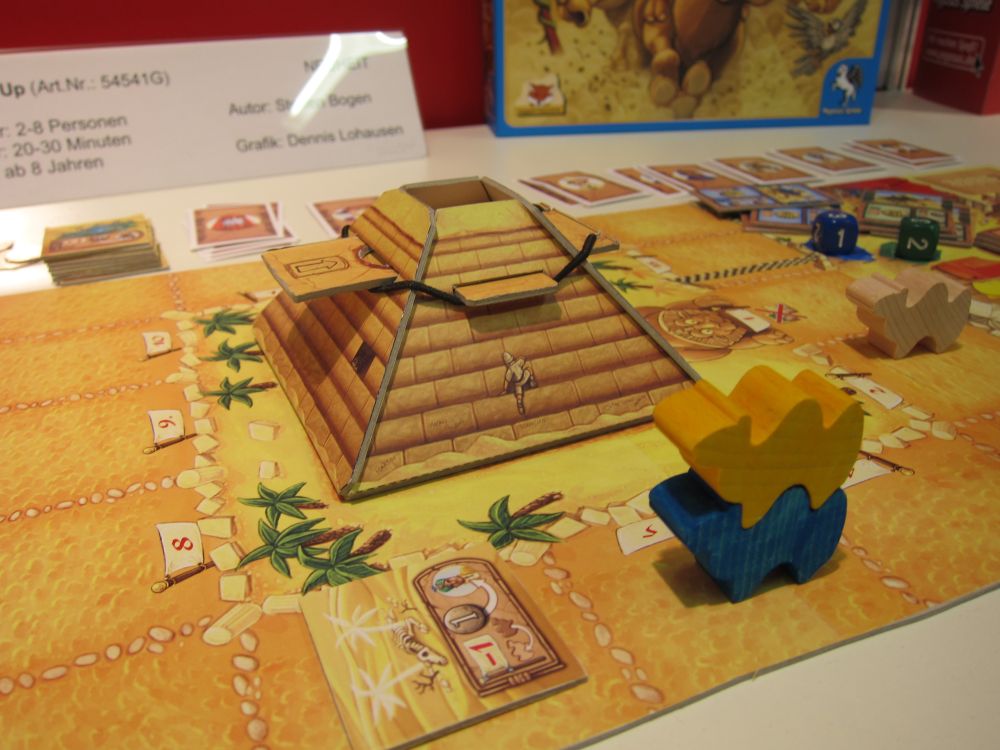 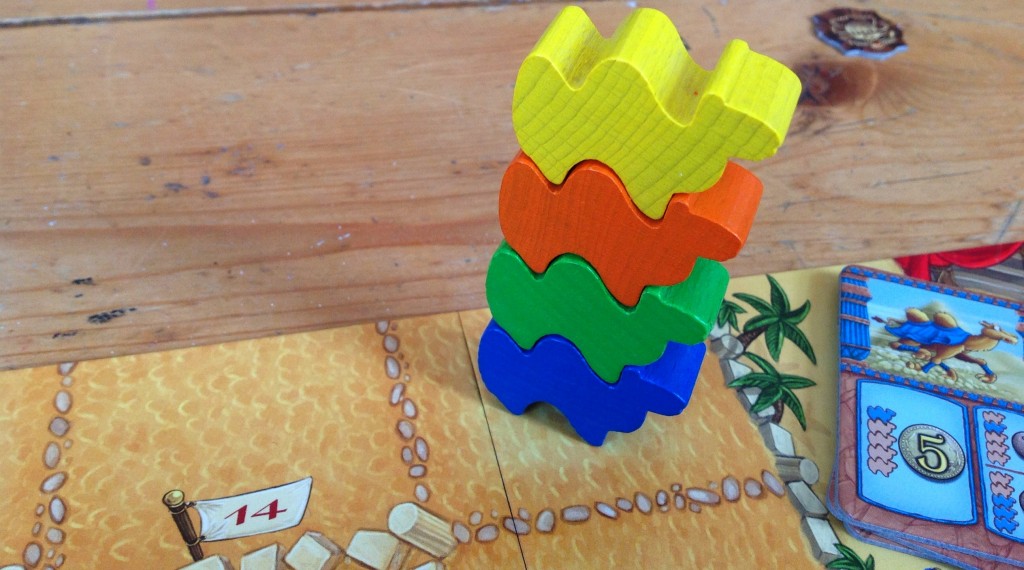 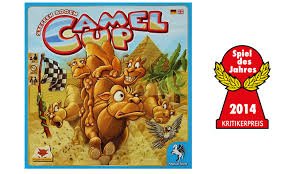