This Just In, We Got New Games! 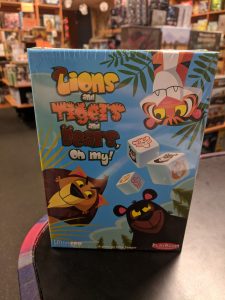 In this fast paced, dice rolling game, each player rolls their dice and scores based on who can boast the best beasts. Kingly lions are worth four points, tigers tally three points, and bears bring two points each. If you roll a blank, oh my!, that die is removed from play. 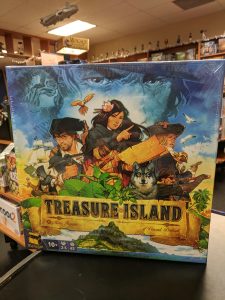 A classic game of bluffing and adventure in which one player embodies Long John, trying to mislead the others in their search for his treasure. The hunt reaches its climax with Long John’s escape, when he will make a final run to get the booty for himself! Round after round, they question Long John, about the location of his treasure and explore the island following his directions — or perhaps his misdirections? Who knows… The old sea dog is surely planning an escape, after all, after which he will definitely try to get his treasure back. 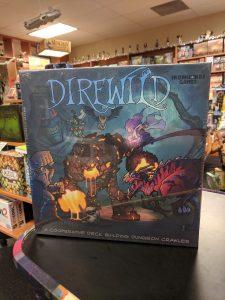 Direwild, a fully co-operative, tactical, dungeon-crawling deck-builder where there is no dungeon master; it is purely the players vs. the game. Players assume the role of animists, heroes that can summon creatures both great and small (represented in the cards you build your deck with), then combine those creatures in unique ways. With the creatures’ help, the animists strive to work as a team to defeat the evil forces of Karn. 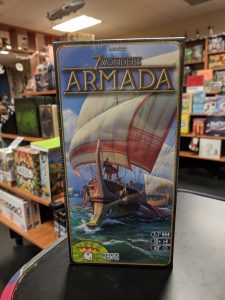 7 Wonders: Armada is an expansion for 7 Wonders that can be combined with the base game or any combination of expansions.

With this expansion, each player gets a separate “naval” board at the start of the game in addition to their wonder board. The expansion includes additional red, green, yellow, and blue cards to shuffle into the deck, and each time that you pay for the cost for any red, green, yellow, and blue card — not only the ones added in this expansion — you can pay an additional cost shown on your naval board to advance your ship of the matching color.

Harness the power of your vocabulary in this exciting, monster-battling, loot-collecting word game. In Spell Smashers, you combine your letter cards to spell words, smashing fearsome monsters and their even more fearsome adjectives! 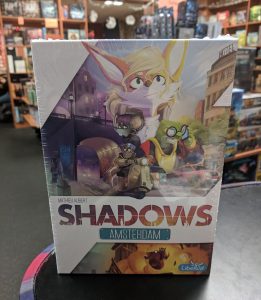 A crime has been committed, but the police investigation is going nowhere. An anonymous client has called your detective agency to investigate. However, your rivals are on the case as well, so there’s no time to waste.

Your Intelligence Officer will guide your Detectives through the city, by sending pictures to communicate. Each image contains location intel … for those who can understand. But you need to decode the messages faster than your rivals while avoiding the police! Explore the city to find three pieces of evidence, and deliver them to your client before the other team in order to receive payment — and win the game! 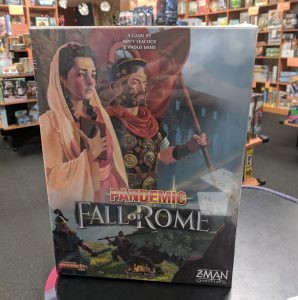 Combining the cooperative gameplay of Pandemic with innovative new mechanisms, Pandemic: Fall of Rome takes players back in history to the time of the world’s greatest empire: Rome. A weakened military has left the borders open to invasion from countless tribes such as the Anglo-Saxons, Goths, Vandals, and Huns. As you march through the Roman Empire, you must recruit armies, fortify cities, forge alliances, and face off against the invading hordes in battle. 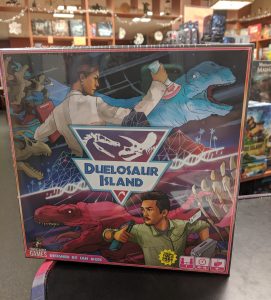 Duelosaur Island is built around a clever hand-management mechanism. Each card in the game serves three potential purposes. They contain the DNA sequences for dinosaurs you could create, the blueprints for attractions you can build, and certain actions that you can take by discarding them. Do you create the dinosaur on the top of the card to attract guests to your park? Or do you build the attraction on the bottom of the card, which can add to a player’s hand-limit, income, and end-game victory points? Or do you discard the card to combine DNA towards creating another dinosaur?